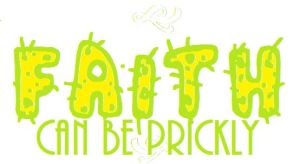 I try not to remember the worst moments because reliving them is so easy and so cruel. During my first long-term battle with depression I didn’t have the recurring nightmares I would have later on, but I did suffer from spiritual delusions.

Somewhere in the midst of this two-and-a-half-year slog, I met a man who prayed for hours each morning. He knew God’s will because he spent time with God. And he had faith.

I was convinced that forcing myself to pray and fast and do everything super spiritual was the magic bullet to knowing God. But all my efforts were doing was drying out my spirit and leaving my soul in a crumbled pile of doubt and self-loathing.

At the time I was 18 to 21 years old and still part of my church’s youth community. I made an appointment with our pastor and told him I wanted to die – felt hopeless – and he told me that was because I’d never truly experienced God. Describing three levels of faith, he told me I’d reached stage 2, but not 3. In his understanding, faith began with mental ascent (stage 1), led to emotional faith (state 2) and progressed to faith with volition (stage 3), which he explained was faith in your gut, down deep assurance.

The pastor prayed with me and sent me on my way, never again mentioning our meeting of my feelings of hopelessness. Sadly, his good intentions had the reverse effect on me, leaving me feeling even more like a failure because I hadn’t arrived to this level of volitional faith. How can someone just force themselves to believe? It reminded me of being a kid and trying to force myself to like green beans.

I don’t believe it was intentional, but this pastor didn’t take me seriously. He seemed to be too busy creating a culture of feigned faith inside the young people at our church. I left his office feeling worse about myself.

I took what he said and tried the best my newly minted adult mind could. I knew I was in trouble, though, even as I sat in his office … because of Gideon.

2 thoughts on “Faith or delusion?”